This is the sidebar

The sidebar is activated by having the user click on the "hamburger" icon next to the search icon in the navigation bar.

Global Village School is a fully accredited (WASC) international online/distance learning school founded in 1999.
Our creative, flexible approach and emphasis on peace, justice, diversity, and sustainability set us apart from any other online school.

You can explore our Facebook collection of photos showing our students in action around the world too, but for graduate stories please read on!

Check out pics from the 2018 graduation ceremony on our Facebook page: GVS Graduation Ceremony 2018 Album

Cornell is certainly a "pressure cooker" with a lot of really motivated students doing a million different things at once on top of demanding coursework, but I'm really loving it and doing well here! I definitely attribute that to the type of work I did for GVS and the self-motivation it required.  I still consider it a miracle that I managed to graduate in a timely fashion while doing my schoolwork online and get into Cornell, my dream school! I am forever grateful to you all.
This past summer I spent time traveling in Europe and taught tennis at Cornell Sports School.  Next summer I am looking into the possibility of an internship working for a non-profit or development project through my major somewhere in South America.  Also on my radar is doing a semester in Washington D.C. through the Cornell in Washington program in the spring of my Junior year.
​
I think that just about summarizes what I've been up to these days! Again, I am so thankful for GVS in every way... couldn't be prouder when I tell my interviewers, friends, and everyone about my high school education! It definitely makes me unique and has been nothing but an asset. I'm very fortunate to be at Cornell and it has been fantastic!
All the best, Eleni :-)

Update: Eleni graduated from Cornell with Honors in 2018
What would you say to a student considering enrolling at Global Village School?
When I was at the public high school I was afraid to break from the norm. The anxiety I had about test taking ruined school for me, but I felt like I would be a failure if I left the track that everyone else was on. I guess part of it was that I was afraid to be myself, and also that I wanted to be anyone but me (laughs). There was a fear of being different AND a fear of becoming myself. So I guess I would say, “embrace who you are and get on the track that is right for you.” Finding out that I could succeed outside of the regular system was a lesson for me.

Update: Alia graduated from Antioch University in 2011, and received her Master’s Degree in Counseling Psychology from Pacifica Graduate Institute in 2018. ​
Mike values the balance of structure and freedom that helped him raise his academic confidence. He noted that GVS gives structure but “you can still express who you are and find who you are.” When reflecting on his educational journey Mike says, “I’m able to speak up in a passionate way. I feel like GVS helped me concentrate on the things that were important to me and now I can relate to more people and help them understand the issues and spread a message to wider and wider audiences. GVS gave me a platform to stand on and move on with my life...to move forward and upward.”

2013 Update: Mike has since graduated from UC Berkeley with a BS in Society and Environment, and a minor in Native American Studies. The movie he was working on, "Dancing Salmon Home," was awarded best documentary at the American Indian Film Festival in San Francisco.

2015 Update: Mike continues with his activism. Here's a recent interview with Earth Island Journal.
Is your book in the vein of political commentary? The West Bank is not unlike the rest of the Arab Middle East, it’s not a particularly violent place most of the time. About 50 people a year die in the Israeli/Palestinian conflict. But there are too many journalists there, catering to the stories their editors want. There are only about 6 basic stories that come out of the Levant, my perspective is: “why can’t we have a little fun with it?” Surfing and humor are tools to take a second look at the situation, it defines who you’re hanging out with; a regular guys perspective. I talk about politics apathetically: this is how it is, but what am I gonna do about it? There’s no who’s right and who’s wrong—everybody’s wrong! Who the hell am I to think that I could do something to change things? By doing what—surfing with an Arab on one side of me and a Jew on the other?!

What’s the iPad App going to look like? I’m taking a risk publishing an ebook, the technology is so new and the market is limited, but I like having control of the story and being able to add video footage, photos, sounds and live links right onto the page..

2013 Update: In addition to the ebook, Jesse also published Surfing the Middle East: Deviant Journalism from the Lost Generation in hardback. In 2013 it won 3 different categories at the Beverley Hills Book Awards and "best in travel," from the National Indie Excellence Awards. Jessie is an occasional blogger for the Huffington Post and has been published in Surfer's Journal and the San Francisco Chronicle. His latest project is a travel/news documentary called Baja Smugglers. You can learn more at jesseaizenstat.com

From your experience at GVS what advice do you have for GVS families? My mother spent a lot of time worrying about how to homeschool during high school and how it would go for me in applying to colleges. Working through GVS with its support system, transcripts and diploma, it was easy to apply to colleges and universities. All the schools that I talked to were happy to have a homeschooler apply because they had so many good experiences with them in the past. So I would say: stay organized with your grades, evaluations and portfolios so all of that is easily accessible when it comes time to apply to schools. Also, rely on your strengths. The great thing about homeschooling is that you can finish your requirements and then spend time on the things that really interest you. Inspired knowledge and travel experience reflect very well on a college application. I felt quite well prepared, and even though the set pace of the classroom and the variety of teachers was a big change for me, I acclimated easily.

2014 update: Kathleen graduated magnu cum laude from Lewis and Clark
2017 update: Kathleen earned her Master of Publishing degree from Simon Fraser University in 2017
One really great thing that happened this semester was that I got several instances to practice public speaking. The first time was for student presentations in World Religions. I got to focus on numerology as a common factor between ancient and pagan traditions and the modern religions. Also, because of my research with sheep during the first semester, I, along with three other students, got the chance to present our findings during the poster session at Berry’s Symposium on Student Scholarship (the attached photo is from this). All of us were thrilled to have had the chance to participate and the icing on the cake came during the Awards Banquet where we learned our poster received 1st place for Applicability of Research!

​Even though the school year is already over, I am staying at Berry and am working full time between two jobs. Twenty of my forty weekly hours are spent gardening, watering, and mowing for grounds crew. The remaining twenty are spent doing research in a biochemistry lab for one of my animal science professors and a biochemistry professor. We are using HPLC (High Pressure Liquid Chromatography) to locate and determine the quantities of L-Arginine and L-Citrulline in plasma derived from horse blood. This particular job has been an incredible opportunity and I am really enjoying it. While both jobs keep me busy, I still have plenty of time to hike, read, play my guitar, and knit. This period of rest is really nice since I won’t see much down time the following semester. On top of a 16-hour course load, I have to meet certain community service requirements for Lambda Sigma, work 16 hours a week, and I was recently nominated as the vice-president of the Berry Buddhist Studies Club. Although it seems a little daunting right now, I am really looking forward to everything on my plate for my next year of college! I hope everything is well (and I miss being a GVS student)!

2017 update: Micah has been accepted into Missouri U. Vet School and Tufts. She is still waiting to hear from NCState. [She is] super excited...particularly by Tufts' international and research opportunities. On March 20th she will be inducted into Phi Kappa Phi.
2020 update: Dr. Micah graduated from North Carolina State University's College of Veterinary Medicine
Reflecting on some of his Global Village School courses: “I was inspired by what I learned about fitness and nutrition in the GVS health class, I’m very active now and practice martial arts. Certain classes I did not look forward to taking, like government, but they turned out to be very interesting. The economics class that I am taking now at the university is like an extension of what I learned in the econ class I took at GVS, and that has given me a great start. The global studies class gave me a solid base for related topics such geography, which I am taking now.”

​Living in the U.S. and Dubai, Kamron needed to develop the discipline and motivation to study while transitioning.

​Here are his home school habits for success:
1) “Keep a schedule. When you put things off they pile up making you feel hopeless. It takes much more effort to catch up than to stay on top of things.
2) Be creative with your assignments. Let your inspiration drive your own unique approach. My Mom always encouraged me to dig deeper and harness my creativity, and now I find I enjoy bringing the uncommon perspective to light.”

2018 update: Kamron graduated from the University of Hawaii with a degree in Business Administration.

If you have not already done so, please review the information specific to the grade levels you are interested in. ​​
We hope you enjoy exploring the wealth of information we've shared about the Global Village School homeschooling program.

[ i ] Parallax section below. Click on the section below to upload image. Don't worry if it looks weird in the Weebly editor. It'll look normal on your published site.

To edit or delete your image, press the "toggle" button below. Then, hover over your image until a popup appears with the "edit" and "delete" options. If you don't want a white content section, leave it blank. It will disappear on your live website. 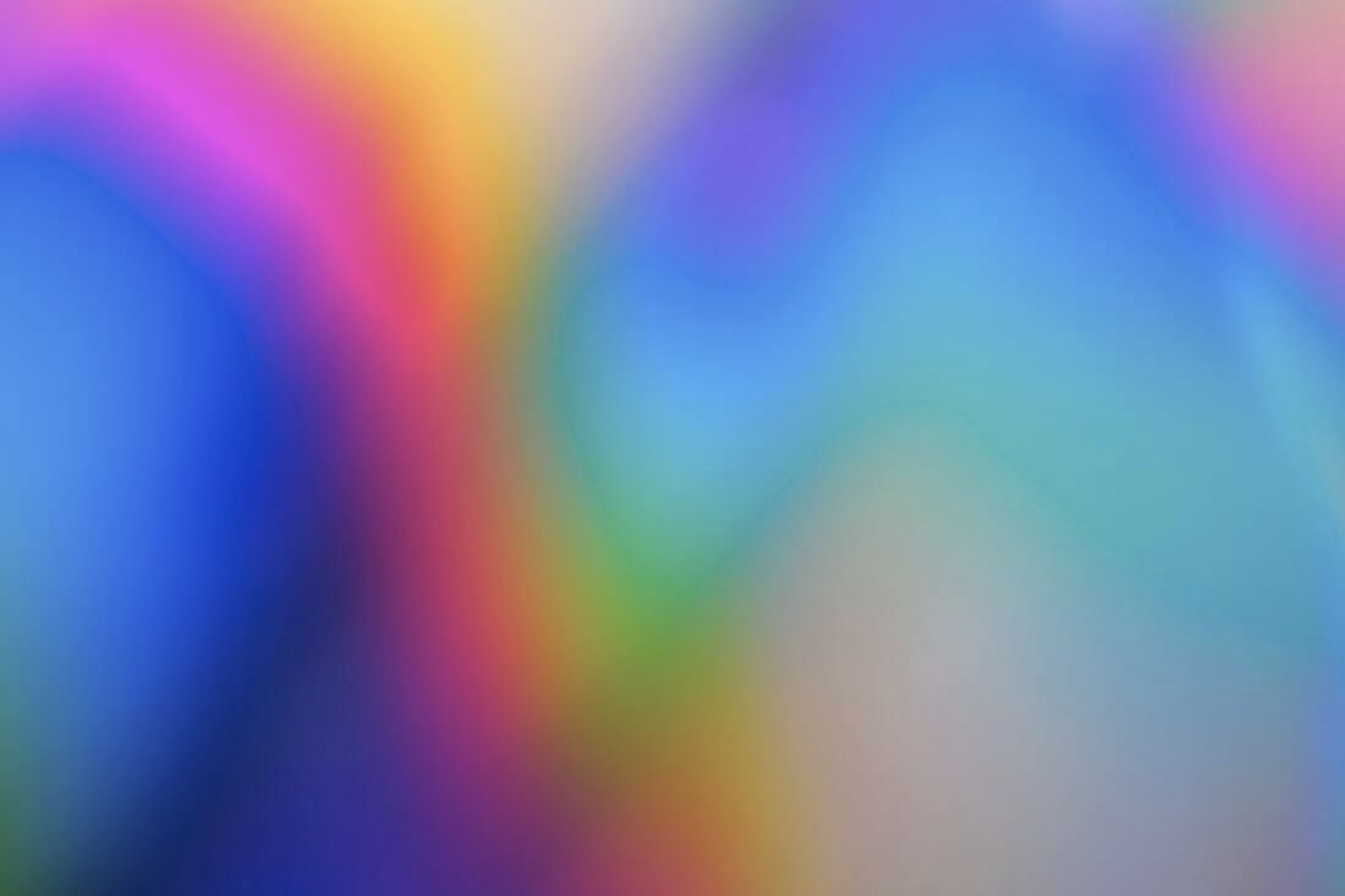 Celebrating Diversity: We believe that every student has the right to receive an education in a safe, supportive environment. We welcome people regardless of race, color, creed, sexual orientation, national origin, gender identity, age, sex, gender, or disability. We celebrate the richness and diversity of our world and invite you to do the same.